Community Meeting – Where the Possibilities are Endless!

My time as Meeting Chair has come to an end and I’m delighted to be able to pass the baton to our first Student Chairperson, who just happens to be my 7-year-old son. I didn’t think for a second he would choose the role as I can’t say he has been an avid Community Meeting (CM) attendee but nevertheless he has shown great responsibility and commitment over the past two weeks and is very excited about the opportunity.

During the founding stages of EKS, I was most excited about the future possible proposals our Community Meeting would receive. This was after a successful pilot Summer Camp, during which the infamous ‘No throwing sheep poo’ which was amended to ‘no throwing any kind of poo’ rule was debated and adopted along with other perfectly sensible and intriguing rules and ideas. I had seen in person during visits and read at great length about motions made at other schools and have been curious about the way in which the SM could meet the ever-changing needs of our students and be central to developing a culture of equality and respect. This has not disappointed! It has been a pleasure to run the meeting and to listen and watch it all unfold.

The first Community Meeting we held on Day 1 enabled us the set out the framework for our community. During that meeting, we agreed on the processes and systems that we now use daily. Our (much lighter) law book that held laws around our legal requirements and contractual lease agreements was adopted, new laws suggested by students passed and the first round of elections held. These are big topics and given that we started with such a young cohort of students, the responsibility and engagement shown by the community was inspiring.

We have had so many proposals since then and our meetings right now are bursting at the seams, so much so that we have had to limit the number of proposals on the agenda and be slightly stricter with the length of discussion. During my time as Chair, I along with everyone else, have had to get to grips with the meeting process, terminology and the realisation that sometimes the attendee numbers can be disappointing.

Many proposals come from staff and usually, relate to the systems or procedures for running the school (BORING although often necessary). However, the most memorable motions have definitely come from students! The students are taking ownership just as we hoped they would and use the meeting as and when they need to. Older students – more than the younger ones – seem to take more of an interest in discussing and voting for proposals that they have not brought forward themselves, in turn taking more responsibility for the running of the community. This seems natural and although at times there may be some frustration at the lack of participation, there are other times, depending on the agenda items, when students rally together and powerful strong opinions are given from members of all ages.

Lots of new rules have been proposed and passionately debated, some adopted some not, such as; the noise law, no pigs allowed, no running in the hallway or hiding in the toilets during games of hide and seek. Many trips have been organised, lots of EKS traditions likely started and a number of student-initiated clubs formed. All of these coming from the decisions made at our wonderful meetings.

The real delight though is when staff proposals fail or are completely amended. This has been the catalyst for students to truly believe that we are an equal community and they have the power to affect change. Try and ban glitter?!  Not a chance, they will ascend on mass and defeat you! Try to ban skateboarding inside? Nope, not gonna happen. Try to make the computer room a silent room…you’re on your own! I revel in these moments knowing how much of an effect these things would have had on my younger, under-confident self and seeing the delight and achievement so clearly shown on their faces. These examples may seem a little trivial, but all these things mould and shape the relationships between us all. For some students – especially those who have come from a mainstream school setting – the idea that you have equal power and responsibility for decisions and actions, and that your opinions are as valid and equally considered as the adults in the room, can be alien. It is not surprising that those students test the water by voicing strong contradictory opinions to those of staff. To me, this is an expected and valid way of learning and cementing the truth of equality, responsibility and ownership they have at EKS. All this without judgment or any kind of reprimand. My eldest son – still now – finds it difficult to believe that differences in opinion can be communicated and that this won’t affect relationships going forward. He questions staff motives and never fails to hold them to account when needed. Trusting the system takes time for some but watching that trust develop and seeing the outcome of more confident and articulate individuals has been a highlight for me.

There have also been times that students put their own wants or preferences aside and have voted to limit or ban something after the discussion, as they have understood the legal requirements the School must adhere to, and/or the importance of keeping all community members safe. They take these issues seriously and often have great ideas and suggestions for compromises that can be made.

Not having a vote as Meeting Chair has at times felt like both a blessing and a curse. It has spared me from the responsibility of voting against fellow staff, my children or other students who have tried to recruit my support. It has also been frustrating when I have felt very strongly about an issue but have been unable to put my vote to use. I am now revelling in being able to exercise my right to vote alongside everyone else! We only had the one nomination for Student Chair at our most recent election but when talking to an older student about it I was told how she liked having a vote too much and wouldn’t want to give that up to chair the meeting. That sounded like a pretty sound and well thought out decision to me! Perhaps the new Chair will inspire other students to put themselves forward for the next elected term… who knows!

On the rare occasions where our Judicial Committee has had to refer a case to the Meeting and the community has come together to discuss the infraction, the responsibility, empathy and consideration to opinions, by even our youngest students has been a testament to the care and understanding our little community has for one another.

I don’t think I will run again for Meeting Chair (not for a while anyway) as I am enjoying being on the ‘other side’ for now but I am so grateful the community elected me to take the reins at the beginning and I am still just as excited, intrigued and curious as I was before we opened about possible proposals and what else lies in store for our wonderful democratic community! 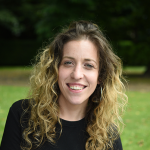 Mother of three boys. Kate had been looking into alternative education after the public school system failed and damaged her sons mental health. She has always been very politically active and believes in democracy whole heartedly. After reading Peter Gray’s ‘Free to Learn’ Kate immediately knew that a Sudbury model school was what she wanted for her own children, what she passionately believed in and what she wanted to help bring to the UK. Shortly after, Kezia unveiled her plans and things soon slotted into place. Kate is enthusiastic about sociology and psychology and has spent most of her working career within the adult education sector, managing the office and day to day needs of both students and trainers. Kate also ran her own successful business for a number of years before deciding to home educate her own children. She is passionate about cookery and loves to read.

One Comment on “Community Meeting – Where the Possibilities are Endless!”